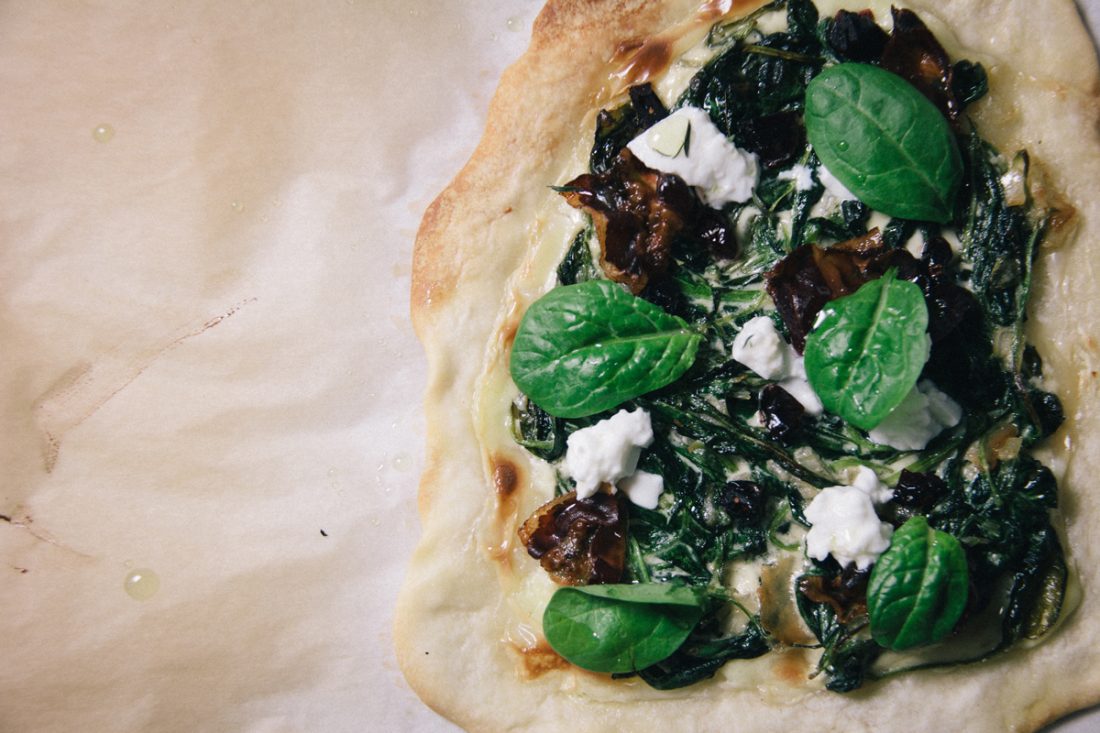 2 tablespoons of water or soup

Some goat or sheep’s cheese to taste

It’s about the flu. Protecting yourself from pre-Christmas madness in November is not so easy, as I learn this year. Normally, I’m one of the first to jump into the fray. This feeling of warm socks, glitter and punch is just one of the nicest things for me. This year, however, we have deliberately decided against hustle and bustle. For many reasons and we want to stick to it. So far this turns out to be quite an undertaking. Almost blindfoldedly I shop, while the tinsel lolls around my ears, the Christmas songs drizzle from the speakers and I find myself humming Christmas carols. Psssst! Keep calm. It is still November. And November is November and not Christmas. Not Advent. Not yet.

In addition to the self-imposed turtle speed, we have decided something else this year. Namely #shopping-down-time in December. There is probably no month of the year that seems more inappropriate than December. Anyway, this year we are doing it. This year passed too quickly, was too fierce. Too 2017. And somehow it suits us to scale back this almost artificial speed. Placing one’s own actions, thoughts and ideas under the microscope, critically looking, and carefully rearranging them. And because it was also a year of farewell for us, we also want to say goodbye to things that have so unconsciously moved in, on this sleigh ride through life. Well, we will abstain from consumption in December (largely) this year. The pantry is emptied and we improvise. No spontaneous purchases, no Christmas presents, no buzz. That does not mean that we don’t give ourselves anything, it just means that we give something that we have thought up and made ourselves. I’m curious what we will think up. That’s quite a challenge. But who cares, we have time now.

In the meantime we are eating Tarte Flambée with spinach and cranberries. Doesn’t take up much time and at the same time is also the basic recipe for the classic Austrian strudel. But this at another time.

1. Mix the flour with oil and salt and add a bit of lukewarm water. Mix and knead with your fingers until you have a smooth dough, approx. 3 minutes.
Place the dough in an greased bowl, cover and allow to rest at room temperature for at least 30 minutes.

2. Clean, wash and dry the spinach. Chop the onion and fry in a pan with 2 tablespoons oil until golden brown. Add the spinach to it (set aside a few leaves for serving), wait a moment until the spinach leaves have collapsed a bit and gently pour in the soup. Season. Close the lid and simmer on low heat for 2 minutes. Add the creme fraiche and whipped cream. It should reach a creamy consistency, not too liquid. Set aside.

3. Preheat the oven to 200 degrees upper / lower heat. Divide the dough into 4-5 equally-sized pieces and roll into small, thin flat breads. You can carefully pull it with your hands, the dough is elastic. If it tears, just close it again – the result will not change. Spread 1 tablespoon of crème fraiche on each tarte, follow with the spinach, then sprinkle with chopped cranberries and add the bacon and goat cheese. Brush the edges of the dough with olive oil, that makes them crisp.

5. To serve, sprinkle the remaining spinach leaves over it, drizzle with olive oil and season to taste with salt and pepper.

The dough is like Austrian strudel dough, which is typically stretched and pulled out on the countertop by hand. For this Tarte variation, it doesn’t  have to be quite so thin and tender.
PS: It also helps, if you keep an eye on the baking time and don’t forget about it, like I did. You can easily tell by the slightly browned bacon slices. We enjoyed it anyway.