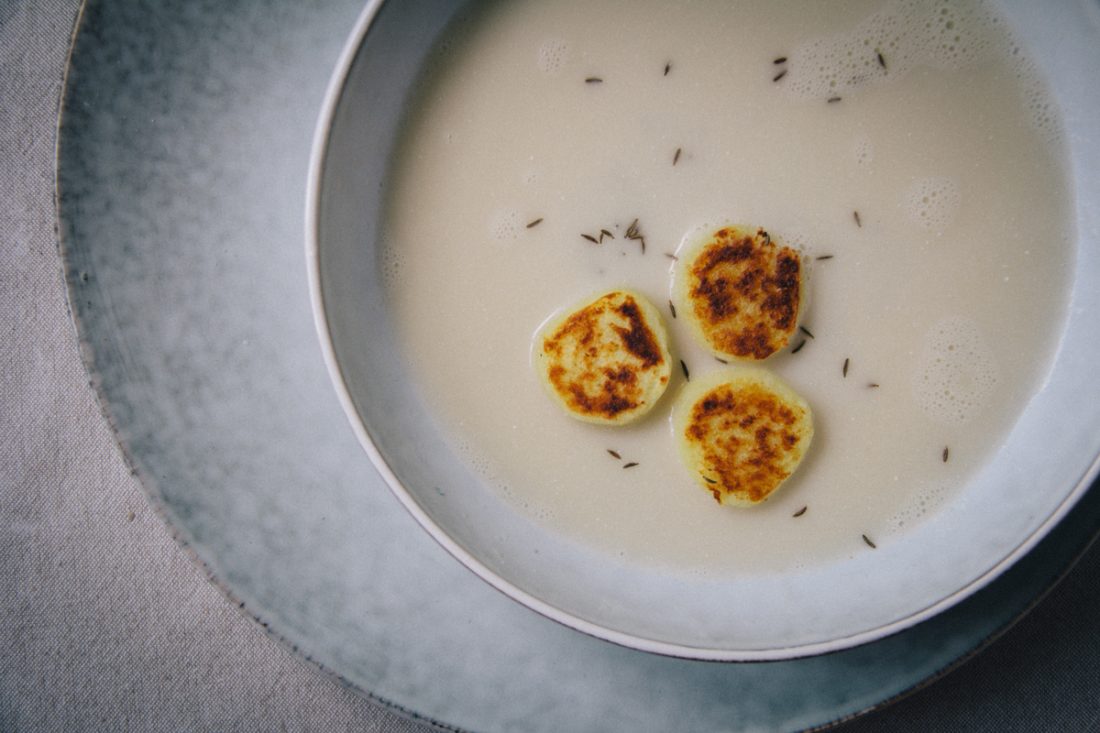 Odors find their way into our limbic system unfiltered. They connect directly with feelings. Unlike all other senses. They are examined and evaluated by the thalamus.

Our sense of smell has something like a direct connection. A free pass into our emotional world that can create powerful images and emotions. Memories of grandmother’s hair, or a carefree summer. And the cherished first car, which took us straight to the future.

Of course, everyone has different triggers of nostalgia. One of mine is the scent of cumin and cream soup. It immediately gives me a sense of security. Diffuse and yet very clear. And every time – for at least a moment – it brings a smile to my face.

What are we eating today?

1. Boil the vegetable stock with the caraway. Mix the flour and sour cream until a smooth cream is formed. Stir slowly into the boiling liquid and allow to boil until the soup is a bit thick. 2. Grate the boiled potatoes and mix them with flour, salt and pepper. Either leave them crumbly (that’s the traditional way), or form rolls and slice into small thalers. 3. Dissolve the clarified butter in a pan and brown the potato mass until golden brown. 4. Serve the potatoes in deep dishes and add the soup.

The Cream soup can also be served only with boiled potato pieces as an adding. This makes it even quicker.