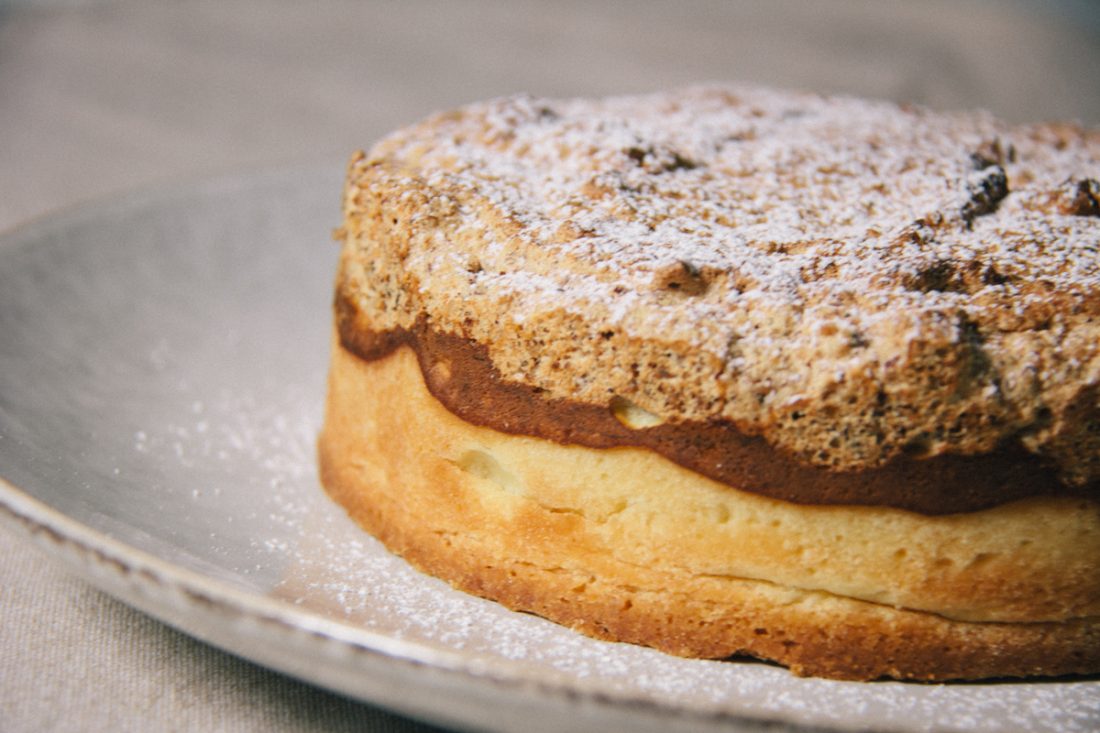 pulp of a vanilla pod

Have a cup of tea and a piece of this delicate creamy hazelnut-cheesecake.

The days are getting shorter, and I am starving for every ray of sunshine. Actually I like the winter, it feels cozy and fluffy, but the lack of daylight can be difficult to deal with.

I’ll probably need some more time to welcome the winter for real, but that time is still left. Or is it?

I am a bit irritated by the omnipresent Christmas mood. There hasn’t been enough time to say goodbye to autumn. Gingerbread is on sale at the supermarkets now, following the Halloween madness which seems barely over. Christmas markets already open in mid-November now, and it feels like those who haven’t yet finished their Christmas shopping list can’t come to the hot wine and cider party.

We seem to stumble directly from pumpkin chutney to Christmas cookies.

I personally think that’s a pity. The Christmas season has always been something special for me. Something magical. Something I really looked forward to. The first of December was eagerly awaited. It seems like this waiting time has somehow disappeared. As if you had to run straight from one party to the next, just to avoid missing something. Sometimes it seems to me that it is exactly the opposite, it has become like being a passenger on a train that keeps moving. Except that there are no stations left. Only “highlight-stations” that change their decoration in no time at all.

I’m determined to rediscover my Christmas magic this year. To bravely endure walking past all the punch stands and not to stop. To graciously refuse the cookies and the gingerbread until the third Sunday of “Advent” (Advent are the four Sundays in December). The third Sunday was when we used be served gingerbread for the first time.

I don’t want to just continue to be on this moving train, but rather to just take a break. So that anticipation can germinate. Will I succeed?
Meanwhile, I make myself a cup of tea and eat a piece of hazelnut-creamcheese cake.
Not a miracle-cure, but a beautiful makeshift.

1. For the shortcrust pastry mix sugar, cold pieces of butter and the egg, by crumbling everything with the back of a butter knife. Then quickly work it to a smooth dough with your hands. Wrap in plastic wrap and refrigerate for at least 30 minutes. Then roll out the dough and line the cake pan with it. Pierce the bottom several times with a fork. Bake at 200 degrees until light brown. Allow to cool slightly.

2. For the filling, mix the yolks with the sugar and the vanilla until frothy. Add the farmers cheese (curd cheese, cream cheese). Then sift in the cornstarch and stir in well. Spread everything on the cake bottom.

3. For the topping, beat the egg whites and let the sugar trickle in slowly, continue until shiny, solid peaks rise. Very carefully fold in the nuts. Spread the mass on the cream. Bake for about 30 minutes at 170 degrees (top and bottom heat).